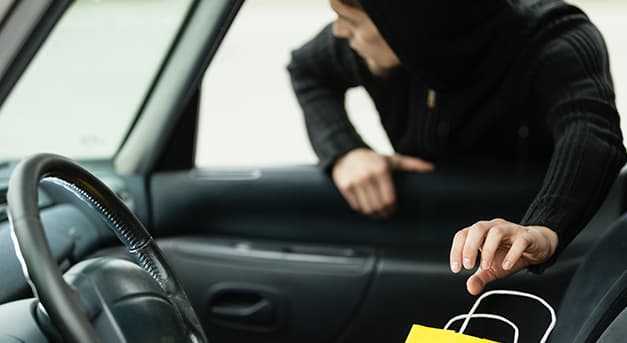 Youth make mistakes; that is part of the growing up process. Occasionally, those mistakes, or simply being in the wrong place at the wrong time, violate state or local laws and can even result in the injury or death of other individuals, whether or not it was intended.

If your child has been arrested for a crime in Florida, they face potentially serious consequences. Should your child be convicted of a juvenile offense in Florida, it may mar their reputation and create problems in their adult life. The juvenile justice system is different from the regular criminal justice system, but that does not necessarily mean that it is always more lenient. The protection of a child’s future is a parent’s top priority and, at Musca Law, it is also our priority.

Begin Your Fight For A
Secure Future With Our Firm.

The only differences between juvenile offenses and crimes committed by adults are that juvenile offenses are committed by minors rather than adults and the justice system employed for prosecuting such offenses is based on a different set of procedures. Contact with law enforcement as the result of an offense could result in a civil citation or an actual arrest.

After a juvenile is arrested and taken into custody, a number of things could happen, including referring the case to the adult court system, depending on the severity of the crime. The juvenile could be formally detained in a secure detention center for up to twenty-one days before their court hearing. Once the case is in court, adjudication may be withheld, placing the youth in a community supervision program, or the court may pass judgment, placing the youth in a secure residential commitment facility. If a juvenile is convicted of the offense, it will likely remain on their record unless steps are taken for the sealing or expunction of that record.

The type of offense a juvenile is charged with, and the juvenile’s prior history will determine what penalties he or she will face. The more severe the alleged offense, the more fervently prosecuted.

We aggressively represent those accused of juvenile crimes including the following:

Facing the consequences of a Florida arrest is difficult enough as an adult, but is even more intimidating and confusing if you are a minor. Make no mistake, being arrested for a juvenile offense is serious and can carry more consequences than just a slap on the wrist. What you do immediately following an arrest can make the difference in dropped or reduced charges and a conviction.

Based on the information provided in Florida Statute XLVII 985.101, police must adhere to the following procedure when detaining a juvenile offender:

Keep in mind that taking a child offender into police custody is not regarded as an arrest, by law.

Reviewing the Details of Case Management for Juveniles in Florida

As indicated by Florida Statute Title XLVII Chapter 985.14, the department will assign a child criminal to a juvenile detention officer if the youth was not:

Overall, juvenile assessment personnel supervise all activities surrounding the intake process as part of the case management system. As part of this initiative, supervisors will determine the needs of juvenile offenders to create a non-problematic program and location to account for these requirements. Intake typically involves a screening and (possibly) comprehensive assessments, which may also include:

In accordance with FS Title XLVII Chapter 985.24(1), court orders and findings surrounding a crime committed by a juvenile offender will be based on findings that prove (without a doubt) that the child in question:

Under Chapter 985.24(2), a child who has been arrested for committing a delinquent crime or an act of violence in the State of Florida will not be sent to a secure detention center for the following reasons:

Determining if a Child Should be Sent to Juvenile Detention

As indicated by FS Title XLVII Chapter 985.255 (1), any juvenile who is taken into police custody and sent to the care of detention officers will be granted a court hearing after a period of 24 hours. As part of the hearing, court officials will determine if the juvenile requires further detention time if the convict:

Convicting the Juvenile as an Adult Offender in Florida

A crime of this nature may include a felony.

Understanding the Role of Parents/Guardians in Juvenile Offenses

As directed by FS Title XLVII Chapter 985.513(1 a-b), any court that maintains control over a juvenile offender may order the parent or guardian of the child to:

Details about Detention of Juvenile Offenders in Florida

For more details about the processing of juvenile offenders, please review the Department of Juvenile Justice’s page for youth detention.

Created more than 25 years ago, the Detention Risk Assessment Instrument (DRAI) created to provide suitable placement for juveniles who have been placed under arrest and screened by screening staff of the department. Ultimately, the staff uses the DRAI to determine if a juvenile should be:

About 24 hours after being taken into police custody, the youth offenders are taken before the court, where a judge will consider if the juveniles require further detention supervision.

Keep in mind that the DRAI is implemented by the department and related courts across the State of Florida and utilizes up-to-date information in the juvenile criminal system. For more information about this instrument, review Florida Statute Title XLVII Chapter 985.245 regarding the implementation of juvenile risk assessment.

In association with the Annie E. Casey Foundation, the Florida Department of Juvenile Justice has developed and supported the Juvenile Detention Alternatives Initiative (JDAI), founded on the belief that all youth offenders should have the chance to grow into productive, responsible adults. Launched in 1992, the original JDAI program was set up in urban and rural sections of Florida and was designed to reform and support troubled youth.

Here is a closer look at what the JDAI program entails:

Reviewing Options for Services and Probation for Juvenile Offenders in Florida

As stated by the Florida Department of Juvenile Justice, juveniles (those under the age of 18) who are convicted of a crime in the State of Florida are directed to the department officials (nearly identical to the processing of adult criminals in the regular justice system). Ultimately, the department will discuss options for the youth offender’s probation and services with the State Attorney and members of the court.

One option provided by the department is the diversion, which provides alternative programs to the regular juvenile justice rulings for youth criminals who have been convicted of mild offenses. Here are some examples of these diversion programs for juvenile criminals:

Understanding the Exceptions to the Diversion Programs in Florida

Overall, the juvenile may be forced to live in a residential facility if he or she:

Taking Note of Sanctions/Conditions for the Juvenile Offender to Follow

If the court concedes that the juvenile may be sent to a diversion program, the youth may face a variety of conditions and expectations (or sanctions) which he or she will be required to follow. Here are some examples:

Mistakes are Made. Let Musca Law Fight for Your Future!

If your child has been arrested for an offense in Florida, their best chance of freedom is through the assistance of an experienced juvenile defense attorney. The knowledgeable juvenile defense lawyers in Florida at Musca Law provide quality legal representation to each and every client, regardless of age or alleged offense. It is our job to make sure you are not subjected to unjust prosecution or conviction, and with over 150 years of combined legal experience, you can be sure to receive the best defense strategy possible.

To find out more about how we can help, contact us for a confidential consultation today!