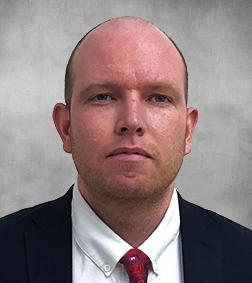 Andrew McGann is originally from San Clemente, CA, not far from where he received his Bachelor of Arts degree in Criminal Justice at Chico State in 2012, and his Paralegal Certificate in 2013.  He found his way to southwest Florida when he attended Ava Maria School of Law in Naples, from which he received his law degree in 2016. Mr. McGann demonstrated his desire to serve others while volunteering at Chico State with the Community Legal Information Center and later at the Collier County Public Defender’s Office.

Mr. McGann accepted a full-time position at the 20th Judicial Circuit for Collier County, FL in 2017, where he represented thousands of indigent defendants in misdemeanor and felony cases.  He left the Public Defender’s office to join the Ticket Clinic for a year but found he missed his calling to work in public service. At Musca Law, Mr. McGann will represent those requiring legal assistance with issues tied to DUI Administrative Suspensions and DUI Administrative Suspensions.