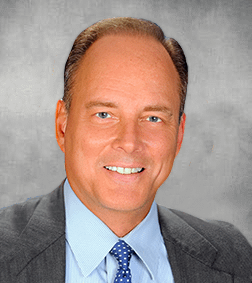 Russell K. Ramey attended Troy State and Auburn University and received a Bachelor of Science degree in 1981. After attending and graduating from the Cumberland School of Law at Samford University in 1984 he was admitted to the Alabama State Bar in 1984 and the Florida State Bar in 1985. He is also admitted to the Northern and Southern District Courts in the State of Florida.

Mr. Ramey began his career as a State and Federal prosecutor over the first twelve years of his career in South Florida.

In 1995, Mr. Ramey relocated to Panama City, Florida and worked as a capital homicide litigator for the Fourteenth Judicial Circuit Public Defenders Office.

In 1997, Mr. Ramey I into private practice focusing on criminal defense and family law and opened his own practice, Ramey Law Offices, in 2001.

Mr. Ramey has handled thousands of cases and has an extensive jury trial record. Mr. Ramey has handled many high-profile cases that have been featured by local, and national media outlets, including Court TV, CNN, Inside Edition, Oxygen Channel, On the Case with Paula Zhan and The Investigation Discovery Channel.

Mr. Ramey is known as a tough and hardnosed litigator who fights for liberty and justice with passion.