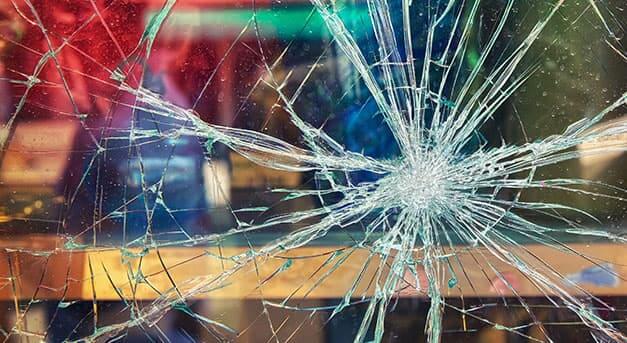 Protect Your Interests with Musca Law

Arrested for disorderly conduct? You may be confused as to why you are even facing these charges. By consulting a criminal defense attorney at Musca Law, you can find out exactly what the circumstances are surrounding your charges and what you’re up against. A Florida disorderly conduct lawyer can also set out immediately to start defending your rights and protecting your interests.

Have You Been Arrested
For Disorderly Conduct?

Disorderly conduct is an offense that involves a person acting in such a manner as to constitute a “breach of the peace.” At times it may be difficult to distinguish which acts may simply be exercising your freedom of speech and which acts may constitute disorderly conduct. Overall, this particular activity is designated as an open playing field, meaning a charge does not necessarily have to be supported by a substantial collection of evidence to be brought to court.

Some examples of acts that may be classified as disorderly conduct:

Even simply asking a police officer a question or speaking your mind may turn into a circumstance where you are facing criminal charges because an officer wants to demonstrate authority over you.

Keep in mind that acts of public intoxication (also referred to as disorderly intoxication) also fall into the category of disorderly conduct. Even if the act has taken place in an area reserved for alcohol use, a person can still face criminal charges for disrupting the peace of the public. For example, you are fully permitted to purchase alcohol at sporting events, but, if you become intoxicated and disrupt the public safety and well-being of others in the audience at such an event, you can still be arrested and charged.

As indicated above, disorderly conduct may also include resisting any form of arrest at the hands of a police officer and any additional acts (including abuse) that may ensue. Based on FS Chapter XLVI, §784.07 (b), any individual who verbally or physically assaults a member of law enforcement will be charged with misdemeanor of the first degree.

Based on the information in the statutes, here is a closer look at what officers fall under the category of law enforcement officials:

Keep in mind that situations that may incite disorderly conduct include routine blood-alcohol tests and an arrest for a drunk driving incident or public intoxication. In many cases, events surrounding disorderly conduct may be interwoven, which can potentially lead to more severe crimes.

Committing an Act of Disorderly Conduct in Florida

As indicated by the Florida Statutes, Chapter XLVI, § 877.03, any individual who commits an act of disorderly conduct (a breach of peace) that ultimately corrupts the public morals, outrages public civility, or completely disrupts the peace of onlookers or takes part in a brawl/fight that breaches the same values will be found guilty of committing a 2nd-degree misdemeanor.

Also, as dictated by the FS Chapter XLVI, §856.011, any person who commits an act of disorderly intoxication that corrupts the morals of the public or disrupts the peace of onlookers or takes part in a brawl triggered by drunkenness will also be charged with a 2nd-degree misdemeanor.

As indicated by the Florida Statutes, Chapter XLVI, § 877.03, instructions listed for members of a Criminal Jury highlighted in Case 29.5, members of the court must prove (without any doubt) that the defendant:

Keep in mind that the term “disorderly conduct” also refers to a breach of the peace, in any way.

In regards to cases of disorderly conduct on the grounds of public intoxication, FS Chapter XLVI, § 856.011, instructions listed for members of a Criminal Jury highlighted in case portfolio 29.1, individuals of the court must prove (without any shred of doubt) that the defendant:

Based on Case 29.1, the defendant’s admission of being intoxicated during this event is not necessarily substantial enough to support a case, but the reveal will be regarded as a valuable piece of evidence. No lesser offenses have been listed under the same category as a criminal offense for disorderly intoxication (public intoxication).

Understanding the Terminology of Case 29.1 for Disorderly Intoxication

Here is a closer look at the terminology set out for jurors in Case 29.1 for a case of disorderly conduct, on the grounds of intoxication:

In the event that a defendant has not picked a fight and has committed an aggressive act out of self-defense, he may assert this notion to the original charge of “Disorderly Conduct.”

For references about acts of self-defense categorized as disorderly conduct, see the following cases:

As the Criminal Jury rules for Case 29.1 indicate, the statute covering disorderly conduct can raise concerns in a state court. In the event that a defendant declares an act falls under the category of protected speech, the court will take special actions to make sure the jury does not convict a person for exercising constitutional rights. Please review Chandler v. State, 744 So. 2d 1058 (Florida 4th DCA, 1999) for more details about this issue.

In the event that a defendant has taken part in complete verbal abuse, the case revolving around the charges of disorderly conduct will become tricky. The First Amendment of the U.S Constitution and Article I (Section 4) of the Florida State Constitution dictates that residents have the right to exercise free speech. In more detail, the laws list that:

Keep in mind that the First Amendment protects all form of free speech, including profanity used in a public setting. Unless the situation involves physical harm, people cannot face charges for disorderly conduct if they are simply swearing in public or yelling at someone. In some cases, just because people have walked outside a building and witnessed an event, that does not necessarily categorize the event as an act of disorderly conduct.

For further analysis regarding disruption of peace triggered by cursing and delinquent behavior, take a look at the following cases:

Penalties for Committing an Act of Disorderly Conduct in Florida

According to Chapter 775.083, subsection 1(e), any individual who is found guilty of committing a 2nd-degree misdemeanor or a noncriminal violation will potentially face a charge of $500. Under different circumstances, the fine may be increased to two-times the pecuniary gains awarded to the victims. The same charges will be set for individuals arrested for public intoxication (a form of disorderly conduct).

Individuals charged with the battery of a police officer will potentially pay a fine of $10,000.

Likewise, people charged with a misdemeanor of the 2nd degree will potentially face jail time that does not exceed 60 days.

Resources for Cases Involving Disorderly Conduct in the State of Florida

Florida Statutes, Chapter XLVI, §856.011 – Read over the full statute for disorderly intoxication (public intoxication) in the State of Florida.

Florida Statutes, Chapter XLVI, §775.083 – Read over the fines set by the State of Florida for misdemeanors and additional charges. Pay close attention to the punishment for misdemeanors of the second degree.

Florida Statutes, Chapter XLVI, §784.07 – Read over the punishment for the verbal abuse or battery of a law enforcement officer on the grounds of disrupting the peace.

Florida Statutes, Chapter XLVI, §775.082 – Read over the full list of general penalties and steps for the registration of criminals arrested in the State of Florida. As with the previous entry, pay close attention to the section for the punishment of misdemeanors of the second degree.

Cases 29.1 and 29.5 for Criminal Jury – Take a closer look at this link to read over the specifications set out for juries covering cases of disorderly conduct and disorderly intoxication. Be sure to click on the available links for Cases 29.1 and 29.5 to review the responsibilities of the jury members and any grounds for defending your situation.

If you are faced with a disorderly conduct charge, you may face misdemeanor charges and penalties of up to 12 months in jail and/or a fine of up to $1,000 if you are convicted. A skilled and dedicated lawyer can serve to protect you through all criminal proceedings and work to help you avoid a conviction. The attorneys at Musca Law are very familiar with handling criminal charges involving disorderly conduct. We can help determine if these charges were filed in violation of your First Amendment right to free speech. If that is the case, we can use this in your favor to possibly have your charges dropped or to secure an acquittal on your behalf. If you are facing such charges, it is in your best interests to call and consult with an experienced Musca Law attorney today at (888) 484-5057 to determine if our legal services may be right for you.