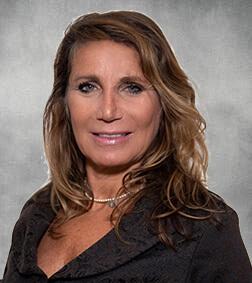 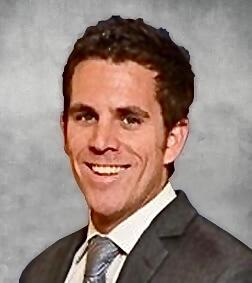 In Florida, restitution is a monetary payment made by a convicted offender to the victim(s) of his or her offense. Under Florida Statutes Section 775.089, a court may require an offender to make restitution to his or her victim or victims due to (1) damage or loss caused directly or indirectly by the defendant’s offense; and (2) damage or loss related to the defendant’s criminal episode, unless it finds clear and compelling reasons not to order such restitution. Florida courts order restitution payments as a part of one’s sentence including as a condition of probation pursuant to Florida Statutes Section 948.03. If a probationer fails to make restitution payments, when restitution is ordered as a condition of probation, it may be considered grounds for the revocation of probation. In determining whether to revoke probation, the court shall consider the convicted offender’s earning capability, financial resources, employment status, the willfulness of his or her failure to pay, and any other special circumstances that may have a bearing on the defendant’s ability to pay.

Restitution can also be ordered as a part of a convicted offender’s prison sentence, or as part of a plea agreement, which is definitive and binding, and a statement of such effect must be included therein. A plea agreement may contain provisions that order restitution relating to criminal offenses committed by the defendant to which the defendant did not specifically enter a plea. Restitution can also be ordered as a sole remedy for a crime, depending upon the discretion of the presiding judge.

It is important to note that restitution can be monetary or nonmonetary, and depends upon the type of offense committed. Keep in mind that payment of restitution does not negate the requirement that the court order payment to the Crimes Compensation Trust Fund pursuant to Florida Statutes Section 960, unless this requirement is waived by the court.

A judge can order restitution in several instances. For example, if an offender sprays graffiti on a person’s business, he or she may be ordered to compensate the victim for the damage, for instance. Moreover, a victim who sustains a broken arm due to a mugging may be required to pay the victim for his or her medical expenses. Restitution is meant to make the victim or victim(s) of criminal offenses “whole” once again and to restore any monetary finances lost as a result of a crime.

Which Criminal Offenses Typically Warrant the Payment of Restitution?

In Florida, fraud and theft convictions routinely warrant the payment of restitution. Other crimes that may involve the payment of restitution include driving under the influence, assault, battery, sexual assaults, hate crimes, crimes committed against the elderly, child abuse, identity fraud, and domestic violence. Anyone in Florida who is charged with these offenses must seek out the services of a qualified Florida Criminal Defense Attorney as soon as possible.

In the case of Soriano v. State, 968 So.2d 112 (4th DCA 2007), the court noted that, under Florida Statutes Section 775.089(7), a given restitution amount be established by substantial competent evidence where, if it is contested, the prosecution must establish the amount of loss(es) by a preponderance of the evidence. Keep in mind that the statute further provides that the burden of demonstrating the present financial resources and the absence of potential future financial resources of the defendant and the financial needs of the defendant and his or her dependents is on the defendant. Moreover, the burden of demonstrating such other matters as the court deems appropriate is upon the party designated by the court as justice requires.

To clarify, evidence proffered with regarding to determining an appropriate restitution amount must be based upon more than mere speciation, as speculation or the victim’s opinion based upon his or her losses is not sufficient to sustain a restitution order. For example, an owner of property that was stolen by the defendant must identify what exactly was taken in order to pursue a proper restitution amount.

As provided by the court in Negron v. State, 306 So.2d 104 (Fla. 1974), during a restitution hearing, fair market value is calculated by a consideration of the following:

Otherwise stated, if a certain item is used, then the proper value of same is its used value, not the amount it costs to go to a store and buy a similar item that is new. Keep in mind that although fair market value is not the only standard a court can use, in most instances where the fair market value would appropriately compensate a victim, then the Negron factors should be applied, as provided above.

The Standard for Determining a Proper Restitution Amount

Before a court can award an appropriate restitution amount, “it, [under Florida Statutes Section 775.089(1),] must find that the loss or damage is causally connected to the offense and bears a significant relationship to it.” Malarkey v. State, 975 So.2d 538, 540 (2d DCA 2008). To be causally connected to the crime, the amount of restitution must “arise out of the offense which the defendant is actually charged.” Id. at 540.

The Reasons Why Restitution Payments are Ordered

It is important to note that restitution does not constitute a fine, as a fine is a predetermined amount as provided by law and is paid directly to the State of Florida. In a legal sense, restitution is not compensation either, as it qualifies as a criminal punishment. Restitution, as noted above, is paid to a victim or victims for damages sustained, which means that the amount of restitution varies per case.

In Florida, restitution, as noted above, is typically ordered for the following reasons:

Except for victims of domestic violence, whose criminal proceedings are handled separately and differently, criminal offense victims in the state of Florida are asked to fill out a Victim Impact Statement, which specifies the expenses incurred due to the commission of the underlying criminal offense.

As noted previously, victims of criminal offenses may be made “whole” for property that is damaged, stolen property, lost wages, and medical expenses. However, pain and suffering is not included in a restitution award, as this can be pursued in a personal injury lawsuit against the criminal offender.

What Judges Consider When Ordering Restitution

In Florida, restitution is not a substitute for such remedies as a personal injury case filed in a civil court, as it is a monopoly of the state’s criminal courts. Keep in mind that restitution can also be ordered to “indirect” victims of criminal offenses such as the surviving family members of a murder victim. Moreover, if a victim received reimbursement by an insurer, a state agency, or a victim services group, the payment of restitution to such agency or company may be ordered by the court.

In deciding a proper restitution amount, a judge in Florida considers the following:

If an offender does not have the resources to pay restitution to the victim or victims of his or her crime, the court may enter a civil restitution lien against the defendant, which will attach to his or her current and future assets up to the total amount of the lien.

During a failure to pay restitution proceeding, the offender must testify that he or she cannot afford the payments that are required pursuant to a restitution order. A person in violation of a restitution order will be asked by the judge such questions as (i) do you smoke?; (ii) do you consume alcohol?; have you been on vacation recently?; do you have the most current iPhone version?; what kind of vehicle do you drive?; and, been to any concerts lately? So, answering in the affirmative to any of these questions can prove troublesome, as the presiding judge may decide that probation was violated due to you paying $100 for a ticket to see U2 play live, but you failed to pay $100 towards restitution. Or, if you are a smoker, the judge may determine that the $10 per day that you pay for cigarettes could have gone towards your restitution order rather than to feed your addiction.

An additional problem in cases involving restitution is the failure to pay pursuant to a structured payment schedule created by a probation officer. Keep in mind that a probation officer does not have the authority to create a payment schedule, as only a judge can do this. It is also important for offenders to understand that probation cannot be extended due to a failure to pay restitution. If this were the case, then a disabled offender would be on probation for an indefinite period of time. Notwithstanding, a judge may impose alternative measures such as the entry of a judgment against an offender (which can be enforced against the individual’s property), or community service.

An order to pay restitution is a serious obligation, and judges in Florida do not have any tolerance for those who fail to pay restitution, once ordered. If you are facing criminal charges associated with a victim-related offense, it is imperative that you contact Musca Law now at (888) 484-5057 in order to learn more about your legal options and obligations pertaining to the payment of restitution. It is important to remember that restitution is a valuable negotiation point, which, if used wisely and effectively could help you avoid jail while making the alleged victims whole.