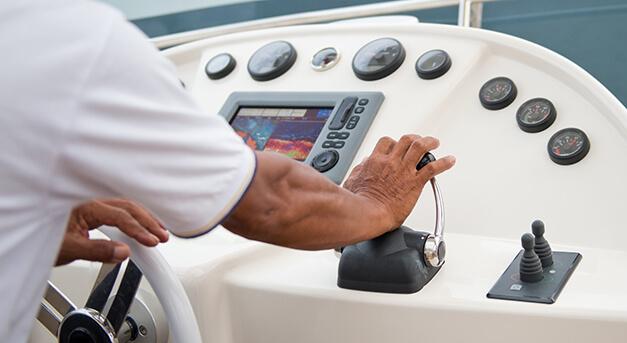 Boating Under the Influence in Florida

Defend Your Rights with a Florida DUI Attorney

We frequently hear stories about individuals driving vehicles on roadways across the state while under the influence of drugs or alcohol. Although less common, there are many instances in which people are convicted of driving boats while similarly impaired. Engaging in this activity is just as dangerous as driving an automobile, and accidents have the potential to result in serious injuries or death for those involved. Unfortunately, drowning incidents are commonly associated with alcohol, and account for over 40% of all boating deaths.

Begin your defense today. We are available 24/7 to guide you through your emergency!

Being in Florida, there are countless individuals who head out on the water for a day away. Whether a person is heading out with friends for a fun ride, going fishing, or simply just relaxing on the beach, there are likely circumstances where they will kick back with a drink while doing so. Although it is not always recommended to do so, individuals are able to enjoy a drink out on the water so long as it does not impact their ability to control their boat.

Just like other traffic-related offenses, there are far too many instances in which drivers are wrongfully accused of operating a boat while impaired. Those convicted of this crime can face extensive negative consequences both legally and civilly. For this reason, it is imperative for those who have been accused of operating a boat while impaired to contact a BUI defense attorney in Florida as soon as possible in order to receive sound and reliable legal advice.

What Is Boating Under The Influence (BUI) In Florida?

Just like driving another type of vehicle, individuals can be convicted of driving a boat or another watercraft while impaired. To be guilty of this offense, a boat operator must have either of the following:

Penalties For Boating Under The Influence in Florida?

Individuals who are convicted of boating under the influence in Florida face an array of BUI penalties for their crime, including:

Even if a person is not actually operating a boat, they can still be criminally charged with care and control of a vessel. These charges can be brought up against a person who is asleep while impaired on a boat.

Working with a skilled and knowledgeable criminal defense attorney from Musca Law will ensure that you are not wrongfully convicted of this crime.

There are some cases in which individuals can face more severe penalties for operating a boat while impaired. Some of these charges and their penalties include:

Having a BAC Higher than .15% or a passenger on the boat who is under the age of 18-years: Individuals who are found guilty of either of these offenses can be charged with a second-degree misdemeanor and face up to nine months in jail and between $1,000 and $2,000 in fines.

Accidents where property damage or minor injuries occur: Individuals who are under the influence of alcohol while operating a boat can face first-degree misdemeanor charges that result in up to one year in jail and up to $1,000 in files.

Involved in an accident that results in serious injury to another person: Impaired boat operators who are involved in this type of situation can be charged with a third-degree felony that imposes a prison sentence of up to five years and up to $5,000 in fines.

Individuals who present any of the above situations as a repeat offender face far steeper consequences for their actions. Those charged with their second BUI who have a blood alcohol content level higher than .15% or a passenger under the age of 18-years can be sent to jail for a period of up to 12-months and required to pay between $2,000 and $4,000 in fines.

Additionally, those charged for a third BUI within a ten year period will have their boat immobilized or impounded for up to 90 days and will have a minimum fine of $4,000.

Working with a skilled criminal defense attorney in Florida will ensure your best chances of having your charges reduced or dismissed so that you can move on with your life.

There are many instances in which individuals are charged for boating under the influence when they aren’t even using a boat. It is important to understand that the term BUI is applicable to the operation of any type of motorized watercraft. Using non-motorized boats, such as canoes, sailboats, dinghies, kayaks, and inflatable rafts, and even jet skis, while impaired can be cause for an arrest and charge of BUI.

If you are pulled over for suspicion of boating under the influence, and subsequently arrested, it is crucial that you know the legal rights afforded to you. You actions during and immediately following the police interaction can have a major impact on your case. It is important to remember that you have a right to remain silent and you should exercise this right. It is all too common for individuals to be nervous after being pulled over by the police. This can lead to excessive talking, which can jeopardize your stance. Furthermore, anything you say can be used against you in court. Try to stay calm and polite. If you do not know why you were pulled over, ask respectfully for an explanation. Probable cause must be present when pulling someone over. This is true even for occupants on a boat.

After getting arrested for BUI, it is crucial to contact an attorney who can handle your case. There are strict BUI laws in Florida, which require the knowledge of an attorney who is experienced in working on cases involving boating under the influence in order to achieve the best possible outcome.

Important Things To Know About Being Pulled Over For BUI

In Florida, an arresting officer has to have probable cause to pull over a boat and make an arrest for BUI. The same rules of the road apply to boating situations. As you would expect, those pulled over on suspicion of boating under the influence may be asked to perform a field sobriety test and take a breathalyzer screening.

If a suspect refuses to take the breathalyzer test, they can lose both their boating and driving privileges in Florida. Laws of refusal are still applicable, regardless of the type of vehicle a person is in control of. Additionally, individuals who have blood alcohol content levels of 0.08% or higher can be arrested for boating under the influence. This is true in cases where the accused is over the age of 21. Individuals who are under the legal drinking age can be arrested if their blood alcohol content level is over 0.02%.

Just like in a car on the road, there are various defenses that can be used in arguing a charge for boating under the influence. It is imperative to contact an aggressive attorney who is familiar with boating laws in order to ensure you have a fighting chance against the charges.

Defenses to Boating under the influence

Illegal Stops: Law enforcement officers are only able to stop vehicles for one of two reasons – if the officer has reasonable suspicion that the operator of the boat is committing an infraction or if the officer has probable cause that the driver committed a crime. Successfully proving that an officer did not have a legal right to search the boat can help a defendant by having all of the evidence obtained dismissed or suppressed.

Improper Field Sobriety Tests: In Florida, law enforcement officers are required to issue Field Sobriety Tests under very specific guidelines circumstances. Some legal challenges to these tests include whether the office is familiar with the operator’s coordination and balance skills, whether the operator has a physical disability or any injuries that would make the results unreliable, or whether the officer was qualified to perform the tests administered. In some cases, these tests may not even be admissible.

Insufficient Probable Cause: An arresting officer can only issue a BUI test if they have probable cause to believe that the operator of the boat is under the influence of alcohol or a controlled substance. If the defendant can prove probable cause was based on unreasonable conclusions or insufficient evidence, then all of the evidence obtained in the search can be suppressed.

Inadmissible Breath Results: Breathalyzer machines are extremely flawed devices that often show inconsistent and inadequate results. Officers who administer these tests are required to do so under very specific standards and care for them in very specific ways. The failure to adequately maintain the machine or the failure to administer the test appropriately can result in the results being thrown out.

As you can see, one of the most effective techniques in having boating under the influence charges reduced or dismissed is by being able to prove that the field sobriety tests issued were done improperly. Working with a reputable DUI attorney in Florida will help you get your Boating under the influence conviction reduced or dismissed. It is crucial for you to contact an attorney who is knowledgeable and experienced in handling these types of cases as soon as possible.

A Florida Boating Under The Influence Defense Attorney Can Help You

Individuals who are arrested for boating under the influence have a lot to lose. Not only do they risk incurring a criminal record, but they face possible jail time and thousands of dollars in fines. To make matters even worse, those arrested face losing their boating and driving privileges, and they may have a difficult time finding employment in some careers. If you are arrested and charged with BUI, it is imperative for you to contact a BUI defense attorney in Florida as soon as possible.

Attorneys at Musca Law understand that a BUI charge can have a major impact on your life. For this reason, we are standing by to see how we can help you fight your charges and avoid fines and imprisonment. Boating under the influence charges can be just as serious as drunk driving charges, so it is imperative that those accused get the same exceptional level of legal representation.

With over 150-years of combined legal experience, Florida criminal defense attorneys at Musca Law are dedicated to helping those accused fight their charges and protect their freedom. We understand arrests can happen at any time, which is why we are available 24-hours a day to take your call. If you were arrested for boating under the influence in Florida, contact our law firm as soon as possible at (888) 484-5057 to schedule a free no obligation consultation to see how we can best serve you to meet your legal needs.