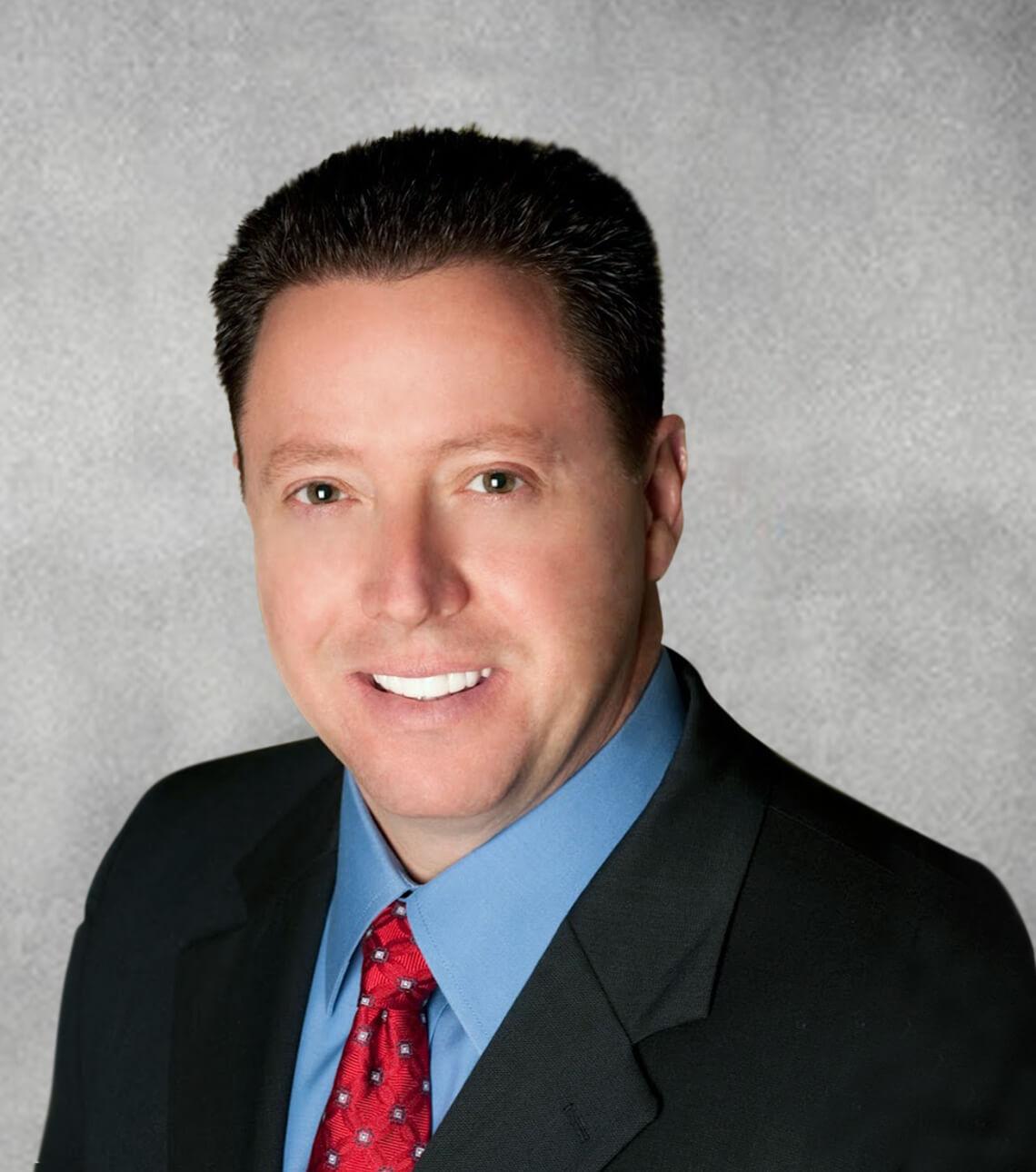 Temporary Injunction for Protection in Florida

Injunctions, which are also known as restraining orders, are orders issued by the court to protect an individual from violence. The person who files or petitions the court for an injunction is known as the petitioner. The respondent is the individual who the petitioner is seeking protection against.

In Florida, an injunction requires a person to stop having contact with another individual. In many circumstances, the allegations that are raised in a petition for a restraining order are exaggerated or completely false. A criminal defense attorney can assist you at an injunction hearing and demonstrate the reasons why the court should dismiss the action.

Under Florida law, an injunction is a court order that directs a person to not have any contact with another person. In many of these cases, the allegations contained in the petition are false or exaggerated. An attorney can represent you at the hearing and show the reasons why the court should dismiss the action and not grant the injunction. If you were issued a temporary injunction for repeat violence, stalking, domestic violence, sexual violence or dating violence, then you should contact a seasoned Florida criminal defense attorney to safeguard your legal rights.

Violating an Injunction can result in serious consequences.

Knowing the Types of Injunctions in the State of Florida

Dating violence refers to violence that occurs between those who had or have an ongoing intimate or romantic relationship. If the relationship no longer exists, the dating relationship must have been in place for at least six months prior to the filing of the injunction.

Stalking refers to intentional, malicious and repetitive harassment or following. A victim of stalking may file a Stalking Injunction. In Florida, stalking also includes cyberstalking, which is the direct communication with a person through an electronic means (i.e., texting or emailing) for a purpose that is not legitimate and that results in serious emotional distress to the victim.

A petitioner may file a Repeat Violence Injunction if there are two instances of stalking or violence, one of which happened within six months of filing the initial petition. The violence must have been inflicted upon the petitioner or a member of his or her immediate family.

Sexual violence includes lewd acts against children as well as acts of sexual battery and committing or attempting to commit sexual acts as part of a forcible felony. There does not have to be an ongoing criminal case for this injunction to be pursued. This injunction can also be sought even if a chase was dismissed.

A person who violates an injunction can face serious consequences, including criminal charges.

An injunction is filed in a civil court however, a court may enforce it if a person violates the terms of the injunction. In this case, the State Attorney can seek criminal charges against the offender. If such charges are sought, the offender faces up to a year in prison. It is also a crime for a person who has been issued an injunction to purchase or possess a firearm or ammunition.

It is important for an accused to understand that an injunction can affect one’s ability to obtain gainful employment or housing, as it may appear in public records.

The Injunction Process in Florida

The injunction process starts when the petitioner seeks a certain type of injunction and petitions the court accordingly. For a temporary injunction to be granted, the judge must be presented with “clear and convincing evidence” of dating violence, domestic violence, sexual violence, or repeat violence.

Upon granting a temporary injunction, the court then sets a final hearing date to determine if a permanent injunction is warranted. This hearing is held fifteen days from the date that the temporary injunction was put into place. At this hearing, a respondent has the opportunity to offer witnesses and/or evidence to support his or her position.

Many individuals believe that they should just represent themselves at a final injunction hearing. However, representing oneself without competent legal counsel can result in serious consequences. Injunction hearings are very serious and follow strict legal rules of conduct and procedure. If you are facing a permanent injunction, it is critical that you immediately contact an attorney at Musca Law to safeguard your legal rights and interests.

How Long is the Temporary Injunction in Effect For?

If a Permanent Injunction is Granted, How Long Will It Last?

There generally is no time limit for a permanent injunction. Under Florida law, the terms of the injunction remain in effect until changed or dissolved at a later time. Both the petitioner and respondent may legally pursue a modification or dissolution of the injunction. Such relief may be granted in addition to other criminal or civil remedies.

The Main Consequences Associated with an Injunction

Many individuals are not aware of the range of consequences associated with a temporary and permanent injunction. The most serious aspect of an injunction is that it cannot be sealed or expunged because it is a civil, not criminal, proceeding. This means that information about one’s injunction becomes part of the public record. An employer can easily search for such information on a prospective or current employee, which could mean the difference of whether you receive or keep your job.

An injunction can also affect one’s family. Specifically, they can negatively affect a pending or future family law proceeding such as a custody dispute and hearings for child support or alimony. In disputes over custody, an injunction can be a significant factor in determining who will serve as the primary caregiver for his or her child.

Injunctions can also affect one’s reputation at work, especially if the respondent and petitioner work for the same company. Another consequence of an injunction is that the accused will be required to surrender any and all firearms to local law enforcement and lose their right to carry firearms. If the court denies or dismisses the injunction, the defense attorney can file a special motion to request the return of the accused’s weapons.

The Injunction Can Wrongfully be Used as a Weapon

At Musca Law, we have defended clients against all types of injunctions. A common theme that our attorneys see is the vengeful petitioner requesting the court for a petition to gain an advantage in a civil matter, such as a divorce proceeding. For instance, the most common scenario involves a man or woman who claims their former spouse committed domestic violence against them in order to obtain an advantage in a custody proceeding.

Another situation we often see is a petition filed against a coworker to force this individual out of his or her office. We also represent individuals who have been falsely accused of sexual violence. Specifically, we have seen step-children make false accusations against a step-parent because they no longer want to live with him or her. Lastly, we have seen unmarried parents create false allegations for sexual violence in an attempt to damage any relationship between the respondent and his or her child.

What Happens if an Injunction is Violated?

Under Florida law, a person who willfully violates a protective injunction can be charged with a misdemeanor in the first degree, which is punishable by up to one year in county jail. If you have been accused of violating the terms of an injunction, it is critical that you contact Musca Law immediately in order to preserve your legal rights and interests.

How Are the Five Florida Injunctions Similar?

How are Injunctions in Florida Different?

Violations of an Injunction Charges in Florida

If you have been accused of violating a temporary or permanent injunction, the consequences are extremely harsh. Courts are unsympathetic towards those that violate injunctive orders, regardless of the facts and circumstances of the case. Even if you were wrongfully accused and/or feel that the terms of the injunction are unfair, it is critical that you abide with its terms. Contact a seasoned attorney at Musca Law today to potentially improve your chances of a positive outcome in your case. Only a seasoned attorney can help safeguard your legal rights and interests. Don’t wait; contact Musca Law now.

What’s The Difference Between A Restraining Order And A Protective Injunction?

A restraining order is only a short-term solution. When an alleged victim seeks a protective injunction, a hearing must be held. Until the hearing occurs, a restraining order is in place. Once the hearing happens, a domestic violence protective injunction can be put into effect if the judge believes that it is required in order to keep the petitioner safe.

The Penalties Associated with an Injunction

If you violate a restraining order or protective injunction in Florida, you could face first-degree misdemeanor charges that carries with it a term of up to one year in prison and fines up to $1,000. Depending upon the nature of the violation, additional charges can be brought. For example, if you stalk the petitioner in violation of a restraining order, the charge automatically becomes elevated to aggravated stalking, which carries with it a prison term of up to fifteen years.

Can I Challenge a Protective Order Issued Against Me?

You have the right to challenge a protective order. Protective orders can be issued with little evidence and justification. If you were unable to defend yourself when an injunction was issued, the attorneys at Musca Law may be able to fight to get the order rescinded and cleared.