Indian Rocks Beach, FL (November 14, 2018) – A driver was arrested following a deadly pedestrian crash when deputies concluded that the driver had been intoxicated at the time of the crash. Now, 58-year-old David Schwab is being charged with DUI manslaughter and DUI with property damage. According to the local sheriff’s office, the accident involving a PSTA bus and a 2016 Ford Flex. Schwab had been driving the Ford Flex around 1:55 p.m. on Monday, November 12, at Gulf Boulevard. The pedestrian was killed while placing a bike onto the bike carrier of the bus. Schwab lost control of his vehicle when he was driving in the opposite direction, which caused him to slam into the front of the bus. Schwab was taken to the hospital with a variety of injuries s well. He consented to a blood draw at the hospital, where officers discovered that he had a .083 blood-alcohol concentration. 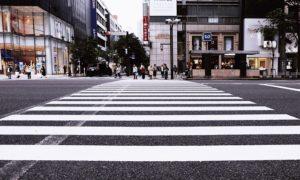 Unfortunately, many DUI accidents will lead to fatalities every year across Florida. In 2016, the state confirmed that 5,223 accidents took the lives of Florida citizens involving drunk drivers. Of course, facing a DUI-related crime can be an experience that leads to serious charges, but these charges become even harsher when the death of another party is involved. If you have been arrested for DUI manslaughter due to the fact that an accident ended with the fatality of another individual, law enforcement might choose to vigorously prosecute you for your charges. This means that you could be facing extensive penalties. You could be facing a variety of complex charges if you have been accused of DUI manslaughter, which is why it is important to retain experienced legal counsel when you are navigating the legal system. If you are now facing serious penalties in the St. Petersburg and Clearwater area, you might wonder what options you have. At Musca Law, we believe in serving those who are facing serious charges to help them obtain the results they deserve in the midst of their case. When you are up against the legal system, it is imperative to have a legal professional on your side who understands the many legalities surrounding these cases and who can help you every step of the way. Do not hesitate to contact us to find out how we can help you at (888) 484-5057.Note: As a result of the secondary sources that were used to complete this post, the information included within has not been independently verified by our own staff and may include misinformation. If you read something that is incorrect to your knowledge, please contact us as soon as possible and we will correct the inaccuracy.Disclaimer: As members of the local Naples and broader Florida community, we hope everyone in our community is safe and protected. We cover the events included in this blog as a way to offer support to the victims in similar circumstances and to provide relief during these difficult times. However, this information should not be misconstrued as legal advice, and you should speak with a trained legal professional for more information regarding your situation.
Empower Yourself - GET TRUSTED DEFENSE
Get Your Free Case Evaluation