Pinellas County, FL (November 12, 2018) – According to an initial police report, a 51-year-old man was removed from a plane after attacking a flight attendant. Derrick Gilbert of Sarasota was expelled from an Allegiant Airlines Flight. Gilbert was slurring his words and unable to find his seat when a flight attendant approached him. Gilbert then allegedly shoved the flight attendant when he was unable to find his seat after boarding the plane with his 18-year-old son, Tai. Gilbert also shoved his son, who attempted to help him off the plane. Deputies arrived at the scene and found Gilbert shouting profanities as different members of the crew were asking him to leave. The attendant who had been shoved by Gilbert was identified as 25-year-old Kelby Oats.  Gilbert was arrested for battery, trespassing, and domestic violence following the incident. He has been placed on administrative leave while the incident is being investigated. 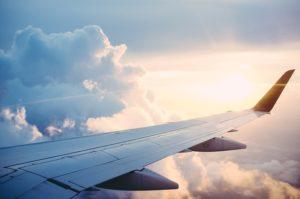 Several types of crimes qualify as domestic violence including assault, battery, and sexual assault. These crimes tend to take place against a family member. Due to their typically violent nature, they are treated severely under Florida law. In most cases, the accused will spend time in county jail and, depending on the severity, may face an extended jail sentence or substantial financial penalties. The potential long-term cost of these cases on your mental, emotional, end financial health is why it is important to turn to a legal Florida professional with years of successful case results. If you are facing domestic violence charge and are not sure of how you will be able to handle them on your own, the experienced Florida attorneys at Musca Law care about the end result of your case. If you are in need of dedicated legal representation who will stop at nothing to help you gain the results you deserve,  we are here for you. Call us for more information at (888) 484-5057. Note: As a result of the secondary sources that were used to complete this post, the information included within has not been independently verified by our own staff and may include misinformation. If you read something that is incorrect to your knowledge, please contact us as soon as possible and we will correct the inaccuracy. Disclaimer: As members of the local Naples and broader Florida community, we hope everyone in our community is safe and protected. We cover the events included in this blog as a way to offer support to the victims in similar circumstances and to provide relief during these difficult times. However, this information should not be misconstrued as legal advice, and you should speak with a trained legal professional for more information regarding your situation.
Empower Yourself - GET TRUSTED DEFENSE
Get Your Free Case Evaluation