Sarasota, FL (March 16, 2019) - A traffic stop in Sarasota led to the arrests of two people on various drug-related charges.  The arrests took place on Friday, March 15th. According to Sarasota police, 21-year-old Rashaad Williams and 20-year-old Ke-Andre Walker were in a vehicle that was clocked at 61 mph in a 45 mph zone in the 3700 block of North Washington Boulevard.  Officers pulled the vehicle over around 3:30 am.  Upon approach, an odor of marijuana was detected coming from the vehicle.  Police reports indicate that Williams made suspicious movements towards the passenger side door and underneath his seat. Williams and Walker were asked to exit the vehicle, at which time Williams handed a ziploc bag containing marijuana to one officer.  A search of the vehicle revealed a Glock 22 firearm, bullets and a baggie with 3 grams of cocaine, along with a scale and 62 grams of marijuana. Williams was charged with possession of a gun by a convicted felon, marijuana possession with intent to sell and possession of cocaine.  Walker was charged for driving without a license and marijuana possession.  Both were taken to the Sarasota County Jail.

A drug charge in Sarasota can either be a misdemeanor or a felony depending on the nature of the charge.  Charges of simple possession are often misdemeanors which may bring a short jail sentence, probation or fines.  Charges involving possession of large amounts of drugs or possession with intent 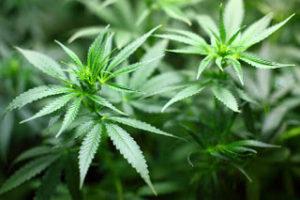 to sell are typically classified as felonies and carry more severe punishments, including lengthier prison sentences, longer probation terms and higher fines. If you have been charged with a drug crime in Sarasota, you need an experienced Florida criminal defense lawyer by your side.  Drug crimes charges typically bring many important legal issues, including whether the police had a legal right to conduct a search of your person, vehicle or residence.  Also, many people are charged with drug crimes when they never actually possessed the drugs.  This is known as constructive possession and, in many cases, may be difficult for prosecutors to prove. At Musca Law, our Sarasota criminal defense attorneys are standing by to help you if you are facing any type of criminal charge.  Our phones are answered 24/7.  For your free consultation, please call us any time at (888) 484-5057. Note: As a result of the secondary sources that were used to complete this post, the information included within has not been independently verified by our own staff and may include misinformation. If you read something that, to your knowledge, is incorrect, please contact us as soon as possible and we will correct the inaccuracy. Disclaimer: As members of the local Naples and broader Florida community, we hope everyone in our community is safe and protected. We cover the events included in this blog as a way to offer support to the victims in similar circumstances and to provide relief during these difficult times. However, this information should not be misconstrued as legal advice, and you should speak with a trained legal professional for more information regarding your situation.
Empower Yourself - GET TRUSTED DEFENSE
Get Your Free Case Evaluation