Long-Term Effects of a Weapons Charge 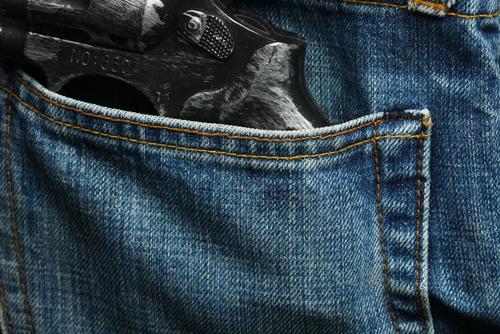 Weapons charges are serious offenses that could result in huge fines and imprisonment. These charges are mainly applied to discourage the possession of weapons by certain persons and to increase punishment for using weapons when executing offenses. Here is a broader look at what a weapons charge is and the main types of these charges.

What Is a Weapons Charge?

The phrase "weapons charge" is meant to refer to a wide set of charges that are connected to weapons. In most states, weapons charges are divided into two: possession and use. The definition of deadly weapons also comes into play when discussing weapons charges. A deadly weapon is any compact or sharp item that is used against another person. This may apply to ordinary objects like a frying pan, baseball, hammer, or pipe when they are used to cause serious injuries.

Possession of a Weapons Charge

In the possession of a weapon charge, a person can be arrested for merely possessing certain weapons even when no one saw the weapon, was threatened by the sight of the weapon or was hurt by the weapon. For example, in Florida, concealing a firearm can attract a fine of up to $5,000 or a prison sentence of up to 5 years. Due to public safety concerns, many states make it illegal to possess certain types of weapons. These weapons include brass knuckles, switchblade knives, and short barrel shotguns. Furthermore, all states prohibit certain persons from accessing weapons. For example, in many states, convicted felons are forbidden from possessing firearms.

Use of a Weapon

In the use of a weapon charge, a person can be arrested for using a weapon during the execution of an offense. These are also known as aggravated offenses. For example, sexual assault is an aggravated assault where a weapon is displayed or used when committing an offense. In most states, an actual injury is not necessary for a weapons charge to be considered as an aggravated offense. The mere sight of a weapon to frighten or compel a victim to comply with one’s request is enough. For example, when a defendant shows a gun to a woman’s head to frighten her to accept a sexual act, the mere act of holding a gun is sufficient for the defendant to be charged with aggravated assault.

If you are facing a weapons charge, you are probably in for a big fine or a prison sentence. It is advisable to consult a Fort Myers criminal defense attorney to review your options and determine the most strategic defense for your case. Our team at Musca Law is ready to defend your rights.

Call our firm today to schedule a consultation with our lawyers.