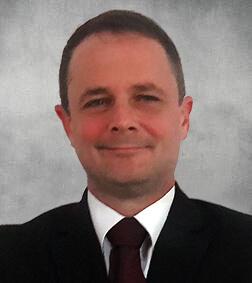 Protect Your Rights with Musca Law

In Florida, like many other states, the legal BAC for an average driver over the age of 21 is 0.08%. Operating a vehicle with an illegal BAC will lead to penalties that could cause you financial difficulties later. If you’ve been charged with a DUI, make sure you fully understand your rights under the law. Consult one of our Florida DUI attorneys at Musca Law. We have more than 150 years of combined experience in criminal defense, and we’ve dealt with hundreds of previous DUI cases.

When a Misdemeanor Becomes a Felony

Under most circumstances, a DUI is considered a misdemeanor, particularly if it’s a first-time conviction and no one was injured as a result. Penalties for first-time DUI misdemeanors could include:

These punishments tend to be heavier the higher your BAC was at the time of arrest. For example, with a BAC of 0.15%, the fine increases from the amount listed above to a larger range—$1,000–$2,000. If you’ve been convicted of a DUI before, the penalties will also increase for each subsequent charge. However, if you’ve been accused of a DUI a 3rd time, and the 2nd time occurred within the past 10 years, your misdemeanor becomes a felony. A 4th DUI conviction is also considered an automatic felony. If someone incurred serious bodily injury as a result of alcohol-impaired driving, the charge would also be a felony, rather than a misdemeanor (even if it’s the first and only DUI charge). Someone facing a 4th DUI would be accused of a 3rd-degree felony, which may result in the following punishments:

Those felonies involving the accidental injury of another person will be more serious and will have harsher punishments. Make sure you have the best legal representation possible to defend a felony DUI charge. Contact us for a free case evaluation today!