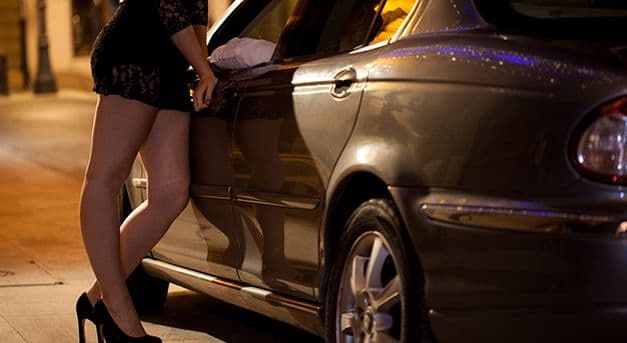 Forcing Another to Become a Prostitute in Florida

Prostitution and pimping are illegal within Florida and most of the United States. Anyone who is charged and convicted with prostitution may face serious fines, charges, and lengthy incarceration. Both Florida State and Federal officials work tirelessly to put an end to prostitution and those people who seek to make money from it. Individuals who force another person to engage in prostitution will no doubt be prosecuted to the fullest extent of the law and will face a felony charge.

If you are charged with a crime that involves either coercing or forcing another person into participating in the crime of prostitution, it is critical that you obtain legal representation immediately. Hiring a Florida prostitution attorney from Musca Law could potentially save you prison time and money in the long run. Our team of legal professionals share more than 150 years of experience and will work relentlessly to provide you with the best defense possible.

Due to the many advances in technology, the way that prostitution is conducted has drastically changed over the years. Streetwalkers and brothels do still exist in our society; however, a new form of prostitution has recently emerged. Prostitution is often hidden as either an escort service or massage parlor. Under the seeming anonymity provided by the internet, those who are seeking out prostitution have a chance to find services on websites such as Craigslist and many others. Sorting through the innocent and actual criminals is now more difficult for law enforcement officials. Often, sting operations run by both local and federal law enforcement agencies will catch innocent people and they will be charged with prostitution crimes they have not committed.

Prostitution Penalties in the State of Florida

According to Florida Statute 796.04, it is illegal for anyone to "force, compel, or coerce another to become a prostitute". If you are found guilty of violating this section of the statute, then you will be facing severe penalties.

Penalties for forcing another to be a prostitute could include the following:

In addition to these penalties, defendants may find that they are facing additional felony charges, such as child exploitation, human trafficking, child molestation, or child pornography. These additional charges can complicate your defense, and significantly jeopardize your future.

Musca Law is Available 24/7 to Take Your Calls.

If you have been suspected, charged or convicted with the sex crime of forcing another person to become a prostitute or otherwise engage in prostitution, call an experienced Florida prostitution defense lawyer immediately in order to protect your rights. We are dedicated to providing you with the best defense possible and to ensuring that your rights are upheld throughout each step of your case.

We offer free case evaluations. Contact us today for more information about your case!