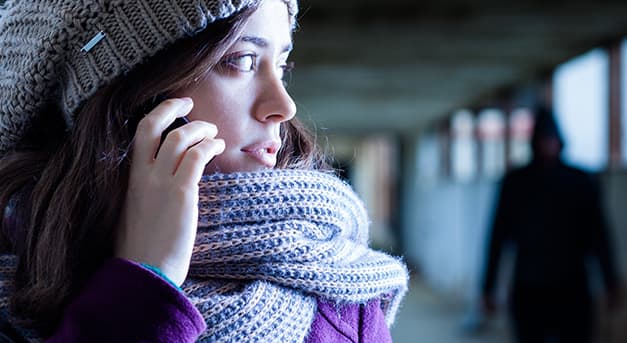 Let Our Florida Criminal Defense Lawyers Advocate for You

Video voyeurism is the act of secretly recording someone in an intimate state, typically for purposes of sexual interest or gratification. Occasionally, people will also be charged with video voyeurism if they record for the purposes of amusement, entertainment, gratification, or profit, which doesn’t necessarily require a sexual interest. Also, the primary thing that distinguishes the crime from voyeurism is the presence of an imaging device to record the victim. Similarly to voyeurism, video voyeurism includes recording someone using an imaging device without permission to view one of the following:

Penalties for People Under the Age of 19

For those under the age of 19, the charge will be considered a 1st-degree misdemeanor. If convicted, the judge could sentence you to any combination of the following:

Penalties for People Over the Age of 19

For those over the age of 19, the charge becomes a 3rd-degree felony and is assigned as a Level 1 offense severity ranking under Florida’s Criminal Punishment Code. If convicted, the judge could sentence you with a combination of any of the following:

Video Voyeurism with a Prior Conviction

If you have been convicted of a crime before, particularly a previous voyeurism charge, you will be facing more severe penalties. This charge would be considered a 2nd-degree felony and is assigned a Level 4 offense severity ranking under the Florida Criminal Punishment Code. If convicted, you could face some combination of the following:

Video Voyeurism Against a Child

Crimes against children are punished seriously in the state of Florida. Video voyeurism committed against a child is a 2nd-degree felony and is assigned a Level 6 offense severity ranking. If convicted of this crime, a judge is required to designate you a sex offender and can also sentence you to a combination of one of the following: If you are designated as a sex offender, you must register with the state and continually check in with law enforcement periodically for the rest of your life. It is a lifetime sentencing, often associated with difficulty finding residency and severe social stigma.

A good Florida sex crimes attorney might use either of two pretrial or trial defenses, including the argument of no expectation of privacy and the grounds for the use of surveillance systems.

People can lawfully record others in a state of undress if the people undressing have no reasonable expectation of privacy. For example, some beaches allow people to walk around topless. If another person records or takes photos of a topless beachgoer, the picture taker cannot easily be accused of video voyeurism. However, in some places, it may be illegal to distribute the recordings of the topless person without their consent.

It isn’t illegal to record someone using a security or video surveillance system if they are notified of the system by means of a conspicuous sign posted on the premises. The sign must indicate a video monitoring system has been installed. If the camera is mounted in a way that its presence is immediately noticeable, you may not even need a sign stating it is present. However, itis illegal for a merchant or store owner to directly observe or record customers without their permission in a dressing room or restroom because those are locations in which people have a reasonable expectation of privacy.

If you’re being accused of video voyeurism, make sure you talk to an experienced criminal defense attorney. Our lawyers here atMusca Law have more than 150 years of combined experience to offer your case. Serious charges of voyeurism or video voyeurism can lead to severe consequences, particularly if children are involved. Hiring an aggressive criminal defense lawyer is your best course of action if you find yourself facing these charges. The attorneys here at Musca Law have defended individuals accused of crimes throughout Florida. Our philosophy includes providing an aggressive criminal defense that uses attention to detail, exploitation of the weakness of the prosecution’s case, and focus on the strengths of your case to prove your innocence. We also provide a high level of personal service, which involves keeping you updated about the status of your case. Let us see what we can do for you.